For years, Klasfeld & Company, P.L. has been providing quality, personalized financial guidance to local individuals and businesses. Our expertise ranges from basic tax management and accounting services to more in-depth services such as audits, financial statements, and financial planning.

Klasfeld & Company, P.L. is one of the leading firms in and throughout the area. By combining our expertise, experience and the team mentality of our staff, we assure that every client receives the close analysis and attention they deserve. Our dedication to high standards, hiring of seasoned tax professionals, and work ethic is the reason our client base returns year after year.

Our mission is to help clients maintain financial viability in the present, while taking a proactive approach to achieve future goals. This requires open communication to reach an understanding of our clients' needs through research and sound analysis. Klasfeld & Company, P.L. is dedicated to meeting these goals with high standards of excellence and professionalism. We have been a staple of the area's business community for years, and pride ourselves on the level of esteem we have earned.

Our dedication to hard work has earned the respect of the business and financial community in and around the area. We believe this to be a direct derivative of our talent and responsiveness to our client base. Whether you are a current or prospective client, rest assured that individuals and businesses who choose Klasfeld & Company, P.L. receive competent and timely advice. Marvin serves as the firm’s managing partner and will be responsible for the delivery of all services. Marvin has over 38 years of public accounting and consulting experience working with clients in a variety of industries.

Prior to founding Klasfeld and Company, Marvin held a position at Price Waterhouse and Company operating from the New York office.

Herb Deuschel is a Partner that has over 30 years of experience covering a full range of professional services including tax planning, tax consulting, federal and multi-state tax reporting, accounting and financial reporting for a wide range of small to large businesses and individuals.

Herb was born and raised in Northern New Jersey and moved to Florida with his family in 1972. Herb attended the University of Central Florida and received his B.S.B.A in accounting in 1977.

After graduation, Herb worked for a real estate developer who owned properties throughout the Eastern United States. At this company he gained invaluable experience in the formation, taxation, and management of limited liability partnerships. After the company sold all of its holding, Herb joined the CPA firm of McKean, Paul, Chrycy & Fletcher (MPCF) in Miami and attained the position of Tax Manager. During his tenure with MPCF he acquired diverse experience in such industries as: wholesale distributors, real estate development and management, healthcare, and hospitality, to name a few. While at MPCF his training and concentration was diverse, but was primarily directed towards the management of a large tax and accounting services practices.

In 2002, Herb joined Berkovits & Company, Herb continued his tax training and concentration in the management of small closely held corporations, including acting in the capacity of controller, and assisting clients in developing cash flow models and operational reviews. Through his affiliations, he began specializing in the entertainment industry. In 2009 Berkovits & Company merged with Mallah Furman & Co. PA. Herb took on the position as Principal and he continued to work with song writers, singers, production companies, and advertising agencies amongst others. In addition, he has developed skills in the estate and trust area, and currently is a trustee for several clients. Herb is also proficient in budgeting and planning for companies seeking to reduce their operating expenses and to promote growth.

In early 2012, Herb joined Klasfeld and Company, P.L. in Plantation as a Partner in the taxation and tax consulting department. Herb continues to service the tax needs of a variety of clients in all aspects of taxation. 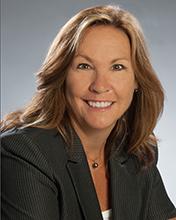 Teresa Siberio is a Principal with over 30 years of professional experience predominantly in Federal and State individual and corporate, income tax planning and preparation.

Teresa attended Florida International University and received a BSBA in Accounting in 1982. After graduation Teresa worked as a tax accountant for Grant Thornton LLP (formerly Alexander Grant & Co). She received her Certified Public Accountant license from the State of Florida in 1983.